Why I don’t talk about my marriage – Queen Nwokoye 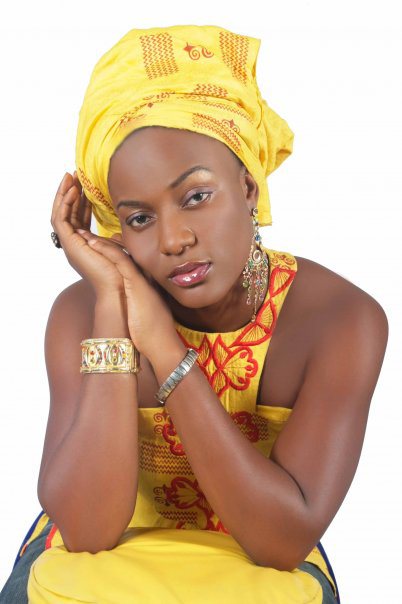 My name is Queen Nwokoye. I am an actress. I was born and bred for a while in Lagos but I am from Anambra State. I grew up in a family of seven and I had a good upbringing. My parents are staunch Catholics. I attended Queens School, Enugu and studied Sociology and Anthropology at Nnamdi Azikiwe University, Awka. I actually wanted to be a lawyer but it did not work out.

I came into the industry after my national youth service. I wanted to go for a second degree in law. While I waited for the pursuit, I was attending auditions and I developed the passion for movies. I was given a role the first time I auditioned for a movie. Although I was very shy, they said I read well. I started building my confidence and kept getting weird roles that I did not like until I got bigger roles.

As a child, when my father was transferred to Enugu, I went with him. We spoke a lot of dialects there. I never knew I was coming to speak Mbano dialect from Imo State in a movie I would act in. It was during the rehearsals that I was told. I felt so bad and almost dropped the script. I felt they wanted to destroy my career. The first two days were hellish because I was struggling to get the basics and speak a dialect I never knew existed. I was also struggling to keep my reactions. But on the third day, the director was amazed. I was listening to the corrections and I learnt it. I give glory to God.

The first challenge I had was shyness and then, my looks. I was stereotyped and always got the good girl roles. Directors did not want to diversify because they felt I had an innocent look and may not interpret other characters well. I faced that for a long time until I featured in Adaure. That pulled the trick.

My parents did not raise eyebrows at my decision. They told me that I had their full support. I am an ambassador of the family and I have to represent them well. I send movies to them and I make sure they do not watch the ones in which I played romantic roles.

I am not in competition with anyone. The industry is big enough for everyone. I get my scripts and I interpret my roles.

Prayers have kept me going. God is the main reason for my success. A lot of things happened so fast and in ways I never expected. I never knew I would get to this stage. I have passion for the job and I am not there for the money. I am happy with what I am doing now and I do not have any regrets. I am fulfilled.

My personal life is private to me. I really do not like talking about it, or the twin boys in my photograph.

One of the challenges is that we do not have enough indigenous movie channels, especially Igbo movies. I was happy when Ada Mbano was shot. The movie channels complained that we do not have content, but that is being taken care of. In terms of awards too, they have certain criteria for giving them out but I think they should introduce awards for Igbo movies. People abroad yearn for Igbo movies and we should do more of that too.

I do not have too many awards but in 2011, I got the Best of Nollywood award for Fresh and Scandal Free Actress. I have other nominations too.

Playing a role is an art; whichever one works for you, you can do it. People have different ways of interpreting their roles. I do not condemn it. As an art, you are free to interpret it if you are comfortable with it. But I am not comfortable with it and I will not do it.

Style, to me, means comfort. My style is determined by my mood. I like to dress simply and I am comfortable on tee shirts and jeans. My goal is to be comfortable, simple and look good.

I have sugar craving and I try a lot to discipline myself. But when I wake in the morning, I do the normal routine everyone does. I exercise once in a while and I eat a lot of fruits.