In Session With The Talented Queen Nwokoye, Ada Mbano Of Nollywood 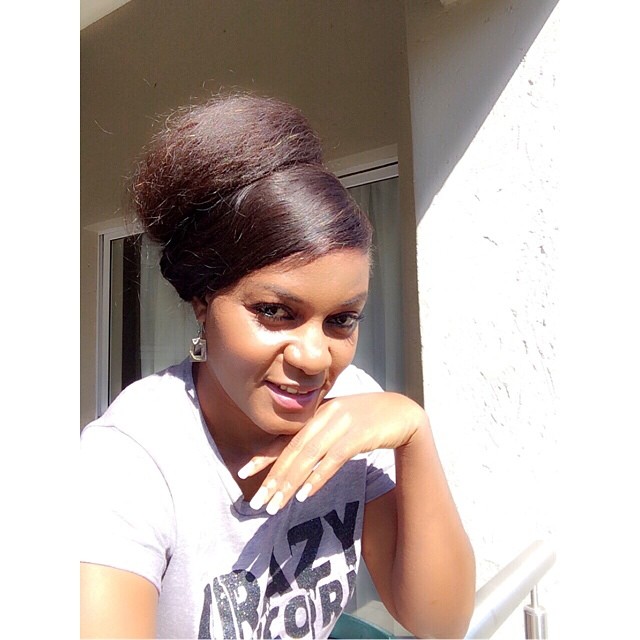 IF you ask any keen observer of trends in Nollywood to point to an actress that should be crowned queen of the core Nollywood acting skies, you are sure that the observer will point at the popular Nollywood actress, Queen Nwokoye. The Sociology and Anthropology graduate of the Nnamdi Azikiwe University, Awka is undoubtedly a leading actress in the sector.

An actress of vast credit and extraordinary beauty who has had more than a steady run in the movie since she joined the industry in 2004, Queen has continued to reign over the Nigerian home video scene and has outlasted a few of her peers in terms of sustained relevance at the apex, not only because of her grace, beauty, artistic carriage and devotion to the job, but because the Anambra State born actress is simply a naturally talented actress.

Generally viewed as a gem that has remained unshaken and unbeatable, Queen star of hit flicks like Speak the Word, His Majesty, Show me Heaven, My Everlasting Love and Ada Mbano has been nominated in the leading actress category of the 2015 edition of the global award for black filmmakers the Africa Movie Academy Awards (AMAA). The award is scheduled to hold in South Africa on September 26 and Queen anticipates a good outing at the awards.

Congratulations on your nomination as a leading lady in the 2015 AMAA’s. How does it make you feel?
Thank you very much. I feel very happy and I want to say a big thank you to AMAA for the nomination. I honestly didn’t see it coming in anyway.

I was on set when I got to know about it. I saw people congratulating me on Twitter. It took a while before it dawned on me that I was nominated in the best actress in a leading role category and for my role in Chetanna. I was happy and so elated and I had to announce it to the entire cast and crew.
Chetanna is an Igbo language film. How were you able to cope considering that you have been doing a lot of English language movies?

Chetanna is actually a movie after my heart. The character I played was comic and emotional at the same time. I felt good playing the character. Every movie I do comes with its own challenges and Chetanna is not different. I have featured in over two hundred movies and am still counting. And In every movie I take part in, there must be something memorable about it. And I watch most of them over and over again to see what I have done and how I can improve on my next job

You have been walking tall off and on screen. In fact an entertainment website recently named you the reigning queen of Nollywood. What is the secret?
My relationship with God is the secret. I think what has kept me going in the industry is prayers and the fact that I really have passion for the job. Again if you ask all those I have worked with, I am sure they will attest to the fact that I take my work seriously no matter what role I am given to play. I started with the popular saying that ‘no role is too small’ and I have kept at that. Again, I also do my best to interprete my roles well. Once I am given a role, I commit personal resources to researching the character and getting it right. I am sure my fans are generally entertained because my producers tell me that they keep asking for more.

How will you assess the Nollywood industry?
I think we are not doing badly at all except that we need funding and the right structures including distribution structures so that we can sell movies and so that our producers will have enough to make more movies and that way we can earn monies as practitioners. At the moment what I take home is not bad but it’s still not too good considering the effort and hard work we put in. But I am very certain that once we curb piracy, improve distribution and properly regulate the industry, things will improve.

But was acting really your career interest as a child?
No, it was not. Well before I came into the industry, I wanted to be a lawyer. I was actually about to start my second degree in law before fate brought me into d entertainment industry and since I joined over a decade or so ago, I have not done any other thing.

What would you say are the pains of acting?
Well, you know everything that has an advantage and also its disadvantages. For me, I think the major pain is seeing a lot of false information about me. False stories. People impersonating me on social media, sending out false information and using it to defraud my fans. It is so painful. But I know the pains come with being involved in a glamorous industry such as the entertainment industry.

Your role as Ada Mbano in the movie of same title was well received. People said you played the role so well because you are from there?
No, I am not from Mbano. I am from Anambra State. Prior to shooting Ada Mbano, I have never heard the language. But I had to learn the language on set and I think God had a hand in the fact that I spoke the language well. I grew up in Trans Ekulu Enugu. I think it also helped.

And your looks. Still the trim and amazing Queen. What’s the secret?
You mean I still look amazing? Wow, thanks for the compliments. But honestly I haven’t been doing much. Too busy I guess. I just exercise once in a while. I really don’t have enough time to myself because of my work schedule. But I have been trying to create time because one has to take care of self to be able to remain in business. But when I am not working, I just go home and stay with my family. I also like relaxing with a good novel or cool music.

And what are your expectations for the AMAA’s. You sure looking forward to winning?
Of course, yes. I really have a high expectation for the coming AMAA awards. I am still trilled at being nominated. They have kept it going for the past ten years and it is very commendable. It’s not easy and I pray that God will give Peace Anyiam Osigwe the strength to continue the good work. This year’s award like others will put African filmmakers in a positive spot. I have been to the award a couple of times in Bayelsa when I wasn’t even nominated. I will be there in South Africa by God’s grace. There’s no doubt about it. I mean it’s our own Oscars and should be likened to going on a pilgrimage.

Any regret being an actor?
No, I do not have any regrets being an actor. The job satisfaction I get from it is awesome. Plus the joy and laughter I bring into people’s lives is something I cherish a lot.