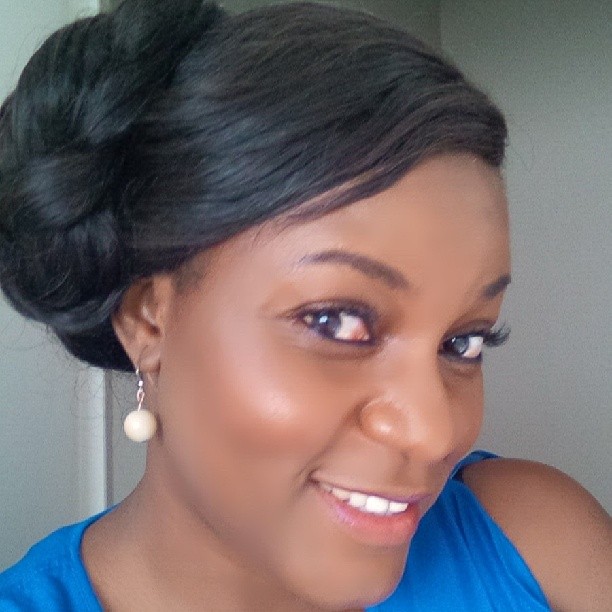 One Nollywood actress who can stand tall without a blister of scandal is Queen Nwokoye. The sultry actress, in this interview with REPORTER, Lucy Ezeliora, speaks about her role in the most challenging movie she has ever acted, ‘Adure’ with sequel as ‘Ada Mbano’, among other issues. Excerpts…

What is the most challenging role you have ever played?

The most difficult movie I have ever acted is ‘Adure’ with ‘Ada Mbano’ as sequel. Why this movie seemed so difficult for me was because I am from Anambra State and have to act like a village girl from Imo State, and I speak the Imo State dialect of Igbo language. It was really tough for me because I don’t understand that kind of Igbo properly. I even had to learn the language on set from the director of the movie. So it was challenging for me. I took my time to learn the language word-for-word, so as not to make mistakes in anyway. I rehearsed almost everyday until I was perfect before shooting the movie. Till date, that has been the most challeging movie ever since I started acting.

What prompted the movie and why did you choose the role?

I believe it is God because it was not an easy movie. Besides, I didn’t really plan for the movie until I was forced to pick the role. It was not like I was given the script for months to prepare properly; they just assigned the role to me and brought someone to teach me the language. Immediately, I picked up. Although I tried to run away from the role because I saw it as stress, I didn’t give up and I did well at the end of the movie. Also, the first three days were tough for me because I kept biting my tongue each time I tried to pronounce some difficult words in the language. I just thank God that the movie came out well and it is doing well in the market.

Can you speak Imo version of Igbo language now?

Most Nollywood stars seem to be relocating to Asaba in Delta State because of constant job offer there. Are you one of them?

Not really, because my hometown is close to Asaba. Anambra is not far from Delta State, so I cannot relocate. But the truth is that I act most of my movies in Asaba. Delta is a good location to shoot movies and that is why some directors and stars are relocating. Not that we cannot divert to other states, but we are more relaxed here and there are good hotels for us. Personally, I prefer working here because Lagos is too stressful and busy for me. The lifestyle is different from what I am used to. I am more comfortable in the East. I even select jobs that come from there; same to most of my collegues. And most of Nigerian movies are being produced in Asaba; that is why we are here temporarily or permanaently.

You studied Sociology and Anthropology in the university; why did you divert to acting? Is it because of the money or your passion for acting?

Money! (Laughs). I don’t think we make a lot of money in acting movies; I believe it is just the passion for it. Like a lot of people would say, I have always wanted to be an actress, but that wasn’t my story at all. I wanted to be a lawyer. In fact, I read Sociology and Anthropology at Nnamdi Azikiwe University (NAU), but today, I am an actress. Besides, I know my parents will never allow me to go into acting because I grew up in a religious family. My parents were very strict on us, particularly my mother. She was a vice principal and very disciplined. So acting was not in my mind while growing up and I never believed I was going to be an actress.

So how did you find yourself in Nollywood?

I came into the industry in 2004 after my youth service. When I finished school and I had no job, I started thinking in that direction. I watched a movie. That was actually my first time of sitting down and watching a Nigerian movie. I got interested. I was impressed. I started going for auditions and I finally got my first role. I wanted to just dust my certificate and go and look for a job. It was that day that I saw one director, Andy Chukwu; he asked of my name, and that was how he gave me the lead role in his movie. He said he was looking for somebody who would act as a virgin in that movie and act it so convincingly. He saw me and he felt I could do it. After that job, I started getting other jobs.

What is the name of the first movie you acted?

Why don’t you wear revealing clothes like some of your collegues in the industry?

I am a very simple person and I hate exposing my body. No way. I am a jeans and tank top person. I love T-shirts a lot. My friends look at dresses each time we go shopping, but I go to jeans and T-shirt; then sometimes, I add dresses, prefarable long gowns for red carpets and other ceremonies.

I have been playing romantic roles, unless you are talking of sexy roles or the very, very glamorous type of movies where you wear mini skirts and half tops or you are almost naked. It is not that I cannot play such roles, but most times, some of these movies don’t really have good story lines. It is not just about the dressing, the make-up accessories and the shoes. I prefer movies that have good story line where you can actually watch and say, yes, this is what it is talking about. And most times, village settings and epic movies do it for me. I prefer emotional stories; I think that is my speciality. It is not that I cannot play any other role, but there is this feeling you get when you are doing a movie; I mean you feel satisfied at the end of the movie, not regrets on why you participated.

You have somehow managed to stay off scandals.

I think it has to do with my upbringing. I had extra-strict parents. My grandfathers were headmasters. My parents are knights of the Catholic Church. I have a strong religious background. My life was almost triangular. I went from home to school and to church and back home. Even till my first year in school, I always woke up to go and mop the altar in the church for the morning Mass. I was the president of the block rosary crusade (Catholic prayer group) in my area. I have younger sisters and I need to show them good examples. They look up to me. I am the first and they look up to me. Now, as a grown person, there are things I cannot do.

You sound so religious; is there any plan of you retiring someday from acting for religious life?

No. I am not ready to become a reverend sister. I actually thought I was going to be a nun then, which was past. But I just knew I would not make a good reverend sister because I wanted a family of my own. I want to live the rest of my life with a man I will call my own. So I dropped the idea of being a nun and faced reality. And that is why I waved the idea aside.

Did your parents like the idea of your going into acting?

Not really. My mother told me that she knows she has trained me very well, as such, I should know what is good and bad. They told me to go out there and make them proud. I was shocked when she said that. I thought she was going to tell me not to be an actress.

Do you intend becoming a producer in the nearest future?

I am currently working on that. I just want to plan properly so as not to undergo any challenge when I am set. And I will love to go solely into production of movies, not directing. And that will be this year by the special grace of God.